After working on other multi-projector installations, I decided to take it up a notch and use three devices to illuminate an entire brick wall in my studio space. After finally getting the tech aspect working it was time to do something with it and create some content. A Halloween event was appropriate as I had time available in October of that year.

As mentioned above, to illuminate the entire wall, three separate projectors were required. Two were located on one side of the room and the third on the other. Only one of them pointed straight towards the subject wall, while the other two were angled and crossed each other to cover the opposite areas. This was necessary because of obstructions and the lack of space needed to simply shoot straight forward. 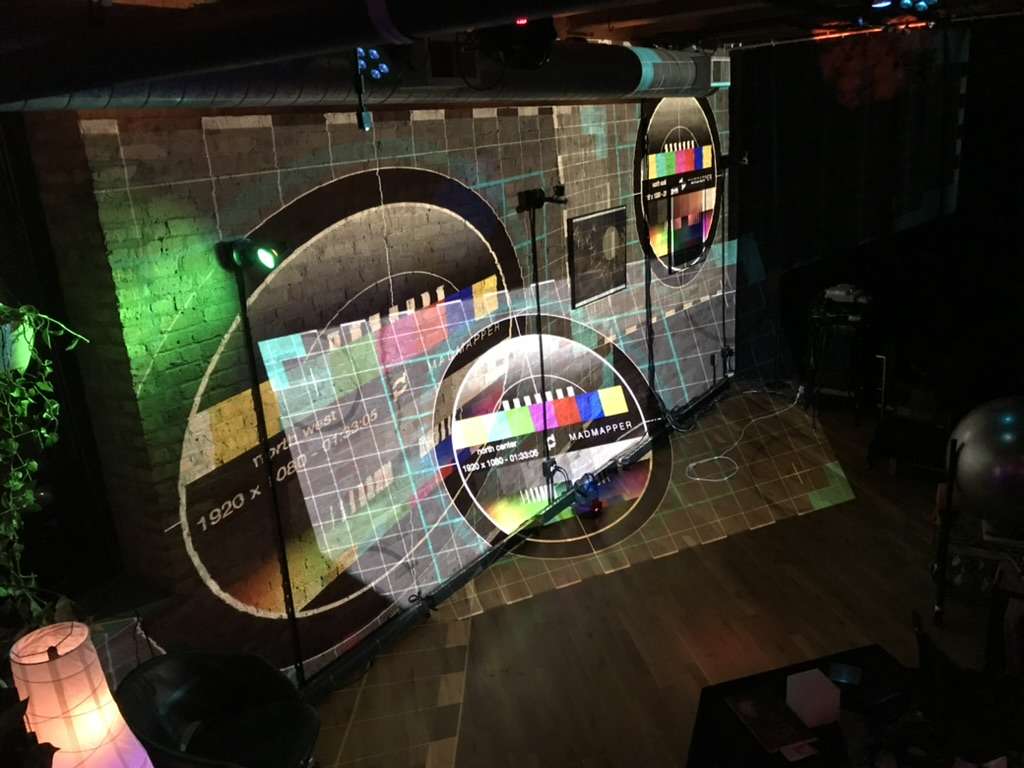 This also meant that the projections had severe distortion, creating trapezoidal shapes which had to then be manipulated within the mapping software. Once everything was aligned, the edges were adjusted and blended to create a seamless image across the entire wall. I’ll add a separate article describing in detail how this process works, but for now you can get an idea of what it looks like.

To create the content, I mostly used stock items. And because I use a program called MadMapper to map the video projection and control the lighting, I was able to take advantage of the various motion options within it to create basic animations. I used two methods for doing this; vector illustrations and video files.

After finding various stock vector-based images that would work well for the theming, I disassembled them in Adobe Illustrator to create individual components. These were then put back together in various ways to be animated within MadMapper. Different scenes and sets of graphics were made and assigned different types of movement.

For even more dynamic content, stock video was added to some of the sets. All were trimmed to loop continuously but most sets contained a combination of different videos running simultaneously and often paired with still or motion graphics.

Once the different video scenes/sets were finished, lighting fixtures were strategically placed and cues added to the scenes to match or work with the set colors. Motion cues were also incorporated for the moving head fixtures.

Most of the sets were also given direct triggers via the audio being played. These were very simple movements for the most part. Because this entire installation was designed to just run on its own, no live production cues were added. Future projects will include more dynamic reactions with live video mixing/manipulation.

This was a great installation for learning more about simple animation techniques as well as pairing video with lighting options. And the process of getting three projections to blend together was especially challenging. An open house was held and was well received. Afterwards, all of the projectors were repurposed and the space rearranged for new projects.

Skip back to main navigation 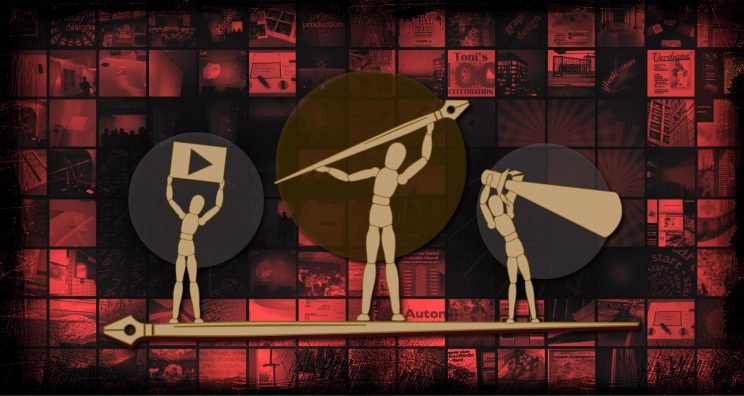